Most of my work is custom or commissioned by individuals, groups and businesses, looking for unique, custom artwork. I get requests from all over the globe of all different species, which keeps things fun and constantly challenging me and my skillset.

Here’s a selection of some of the artwork I’ve had the privilege of creating over the past year. 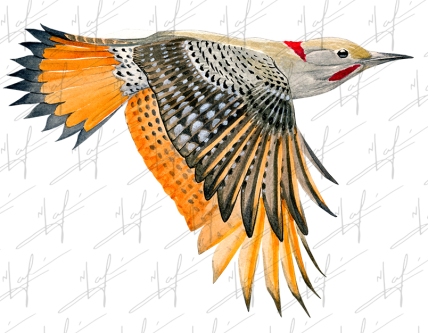 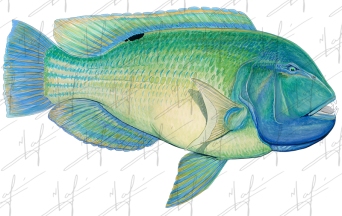 Fall is dominated by hues of orange and red. From the fiery mountain sides to the blue streams dotted with red, fall is a time of death and recreation. As the leaves change, so do the fish and here in the mountains, this means spawning trout and salmon.

Although some species of trout spawn in the spring, Char spawn in the fall. The fluvial populations migrate upstream to their spawning creeks from the lakes they call home. During this feat, bull trout change from their silver non-breeding colours to their vibrant breeding colours. This transformation results in crimson bellies highlighted with white edged fins.

At the same time, Kokanee Salmon too migrate into the creeks to spawn, undergoing a similar transformation. Normally a silver fish, Kokanee transform into vibrant crimson accented with green heads and white lower jaws. Unlike the Bull Trout which return to the lake after spawning, Kokanee Salmon, like all Pacific Salmon species, die after spawning.

At all times of the year, Bull Trout feast on Kokanee Salmon. From creek mouth ambushes on new Kokanee fry, to open water assaults, to gauntlets of hungry mouths as the Kokanee try to travel upstream to spawn, the cat and mouse game is constant. Co-dependant species, the Bull Trout keep the Kokanee numbers in check, while the Kokanee allow the Bulls to get to truly impressive sizes. Sadly, in much of their range, populations are declining due to habitat loss especially in their native spawning creeks, as well as competition from other species that have been introduced.

This piece meant a lot to me, going back to my roots of how I started with fish art. Inspired by such artists as Joseph Tomelleri, Flick Ford, and Paul Vecsei, I loved how detailed and precise their works were. Being detail obsessed myself, I emulated my style after theirs. As years went on, I ventured away from the illustration style, invoking a much more action packed style. Despite my artist evolution, I have always been a huge fan of my idols’ work and this piece signifies that respect for them and their talent.

To this day, after fishing in some of the most incredible waters in Canada for so many amazing native species, I still hold Bull Trout in the highest regard. I have so much respect for these fish and the stunning, pristine waters that they inhabit. Since moving to BC, it has been amazing to be able to chase these piscivores locally and see them in their home waters. There’s nothing more exhilarating having a big bull swipe at your fly seemingly out of nowhere. Their appetite is impressive and there is almost no fly too big to toss for them. I’ll normally use a heavily weighted 8-12″ fly that I’ll swing thru the current.

Being ambush predators, Bulls almost always bite best in the early hours or just as the sun starts going down. Casting at midday is usually futile. Bull Trout will simply hold in a seam and wait for dusk. During these times, a perfectly drifted stonefly nymph may entice them for a midday snack, but typically they won’t even react. I have seen however, these sedentary Bulls spark up when a hooked Cutthroat is struggling on the end of your line. Like a shark smelling blood in the water, you can see the body language instantly change and watch them go into hunting mode.

Here in Golden, BC, September marks the Kokanee Salmon spawning migration, and one of the best times of the year to fish for Bull Trout. As the bright red little salmon begin their migration, the Bull Trout gorge on the hordes of easy meals. At this time of year, Bull Trout can get to blimp status as they stuff themselves with as many little salmon as they can. 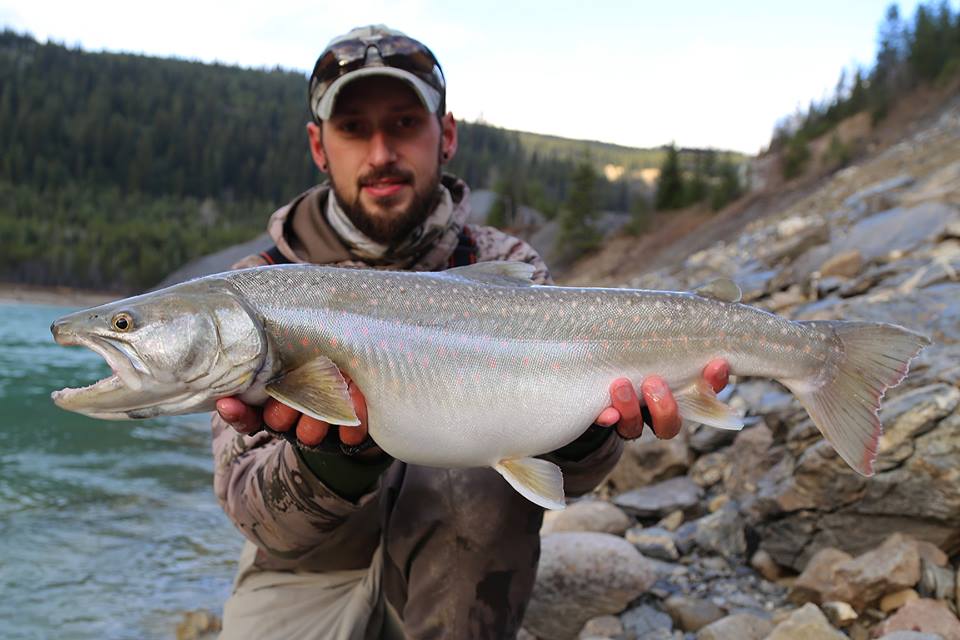 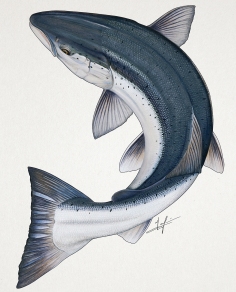